is part of the Informa Markets Division of Informa PLC

This site is operated by a business or businesses owned by Informa PLC and all copyright resides with them. Informa PLC's registered office is 5 Howick Place, London SW1P 1WG. Registered in England and Wales. Number 8860726.

Carriers could face freight surge ahead of IMO 2020

Shippers seeking to avoid higher tariffs frontloaded their cargoes last year. This year the same might occur as they seek to avoid higher fuel costs, possibly resulting in a surge in July-September. By James Baker, Managing Editor, Lloyds List Containers. 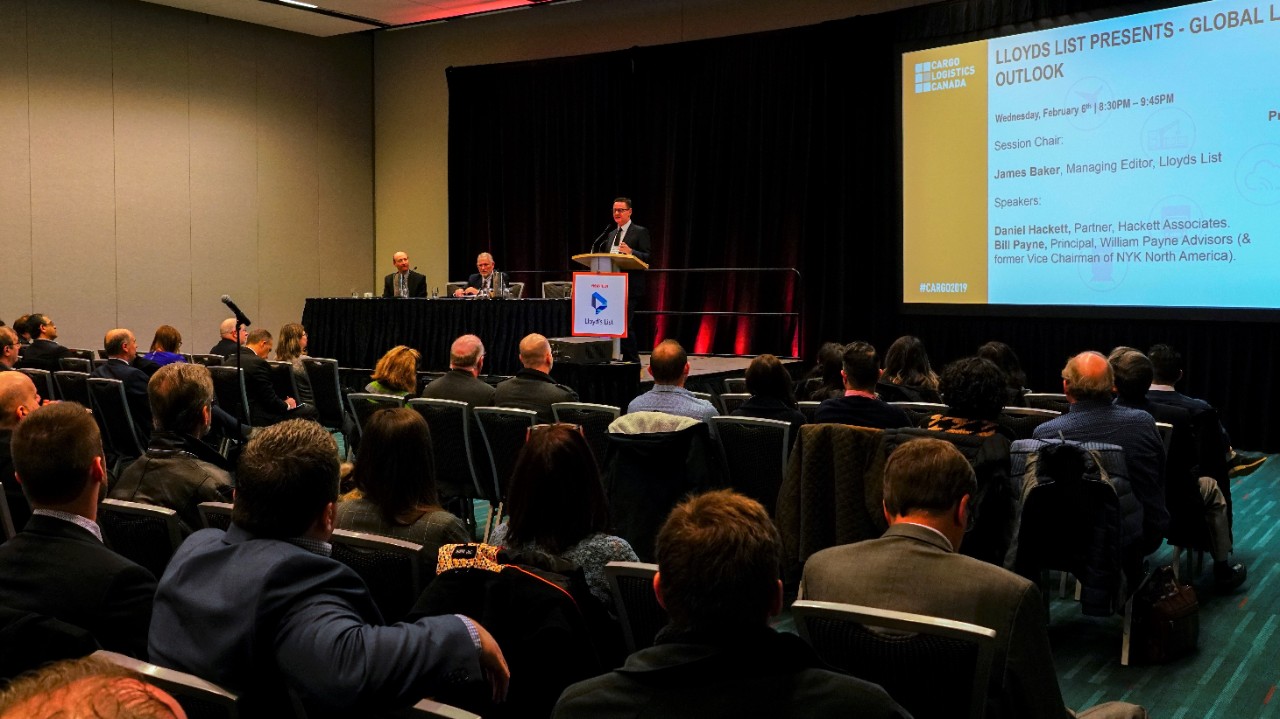 Speaking at the Cargo Logistics Canada Expo + Conference in Vancouver, Hackett and Associates partner Daniel Hackett said prices were likely to rise from October as carriers converted to low-sulphur fuel in order to be ready for the January 1, 2020 deadline for using 0.5% sulphur bunkers.

“We expect to see a price increase of between $100-$200 per teu from Asia to North America,” Mr Hackett said. “That is enough to have some retailers and importers consider importing volumes ahead of that date, so we may see a surge in July-September this year.”

Any price surge would depend on how costs were assigned, and whether beneficial cargo owners ended up paying or higher prices were mitigated in other ways.

Bill Payne, an independent consultant and former vice-chairman of NYK Line, said it remained unclear how the increase in costs would be covered.

“The difficulty with the fuel discussion is that it is not homogenous,” Mr Payne said. “There isn’t a Transpacific Stabilization Agreement discussion on it. How do you get to a formula that the shipping community can agree to?”

It was up to shippers with confidential contracts to decide whether bunker adjustment mechanisms were transparent.

“I don’t think any customer is going to be tolerant enough to listen to a shipping company dictating what they will pay,” he said. “I think it will be an average of averages.”

Nevertheless, the fuel price would go up, he added.

“I’ve seen some shippers challenge this and say ‘fuel has always been in my rate and I’m not going to pay for it separately’. But back in 2008, when we got to an all-in rate of below $1,000 per teu, the ships stopped running.”

He urged both sides of the debate to share data, share the difficulty and be fair with each other.

“Failing that, ships will be idled and the supply chain will be disrupted.”

“Economic game theory and the prisoner’s dilemma drives a lot of pricing,” Mr Payne said. “If I have a large commitment to more ships I need to be sharper on my rate to fill my ship. But the cost of fuel should not be weaponised.”

Cargo Logistics Canada is produced by Informa, the largest publicly-owned organizer of conferences, expositions and training events in the world. We are a global organization, with 150 offices in over 40 countries. Our exhibition business has the unique claim to fame of having operated shows since 1880 and our bloodline dates back to 1734 when the first issue of the maritime publication of Lloyd’s List was produced. Today Lloyd’s List is the world’s oldest newspaper and an important resource for the global shipping community.

Informa hosts exhibitions in almost all regions around the globe.